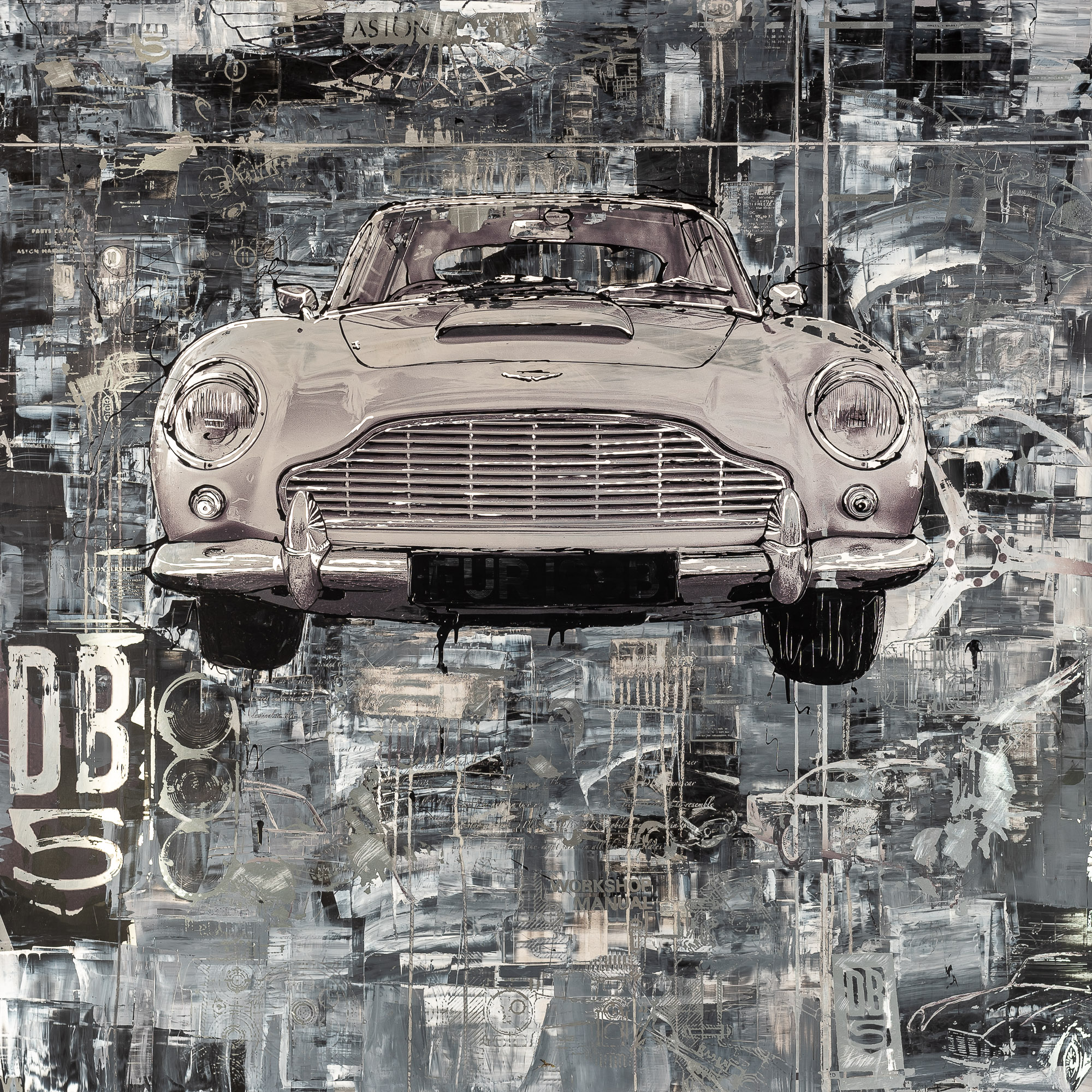 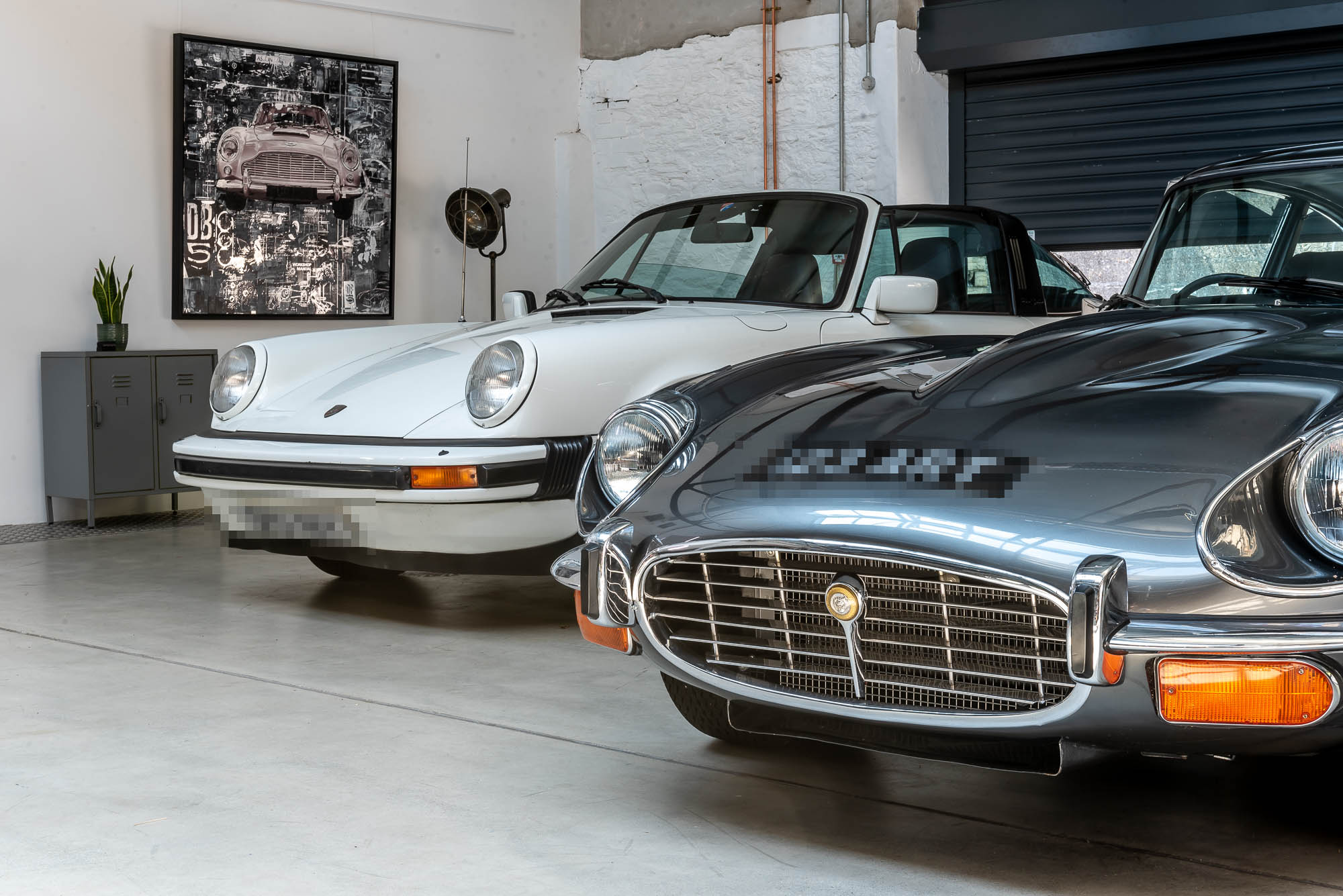 Part of the Motorsports Collection

Often billed as the “most famous car in the world”, James Bond’s gadget laden Silver Birch DB5 in Goldfinger became many a schoolboy’s dream. Regarded by many as the most beautiful Aston Martin produced, the DB5 shares many similar traits to the DB4. However, DB5’s most substantial change occurred under the bonnet.

The engine capacity was enlarged to 4 litres by increasing the bore to 96mm. The car had three SU carburettors, as fitted to the outgoing DB4 Vantage, and also shared the latter’s fared in headlamps. Significant too was the introduction of a full synchromesh ZF 5 speed gearbox. 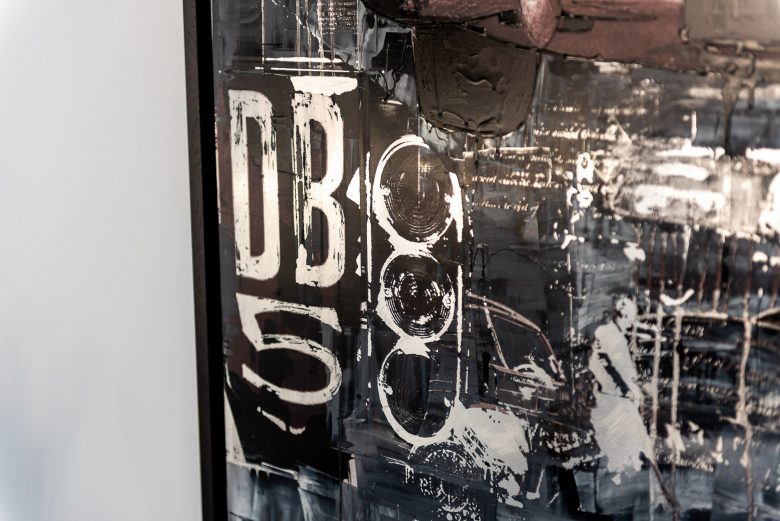 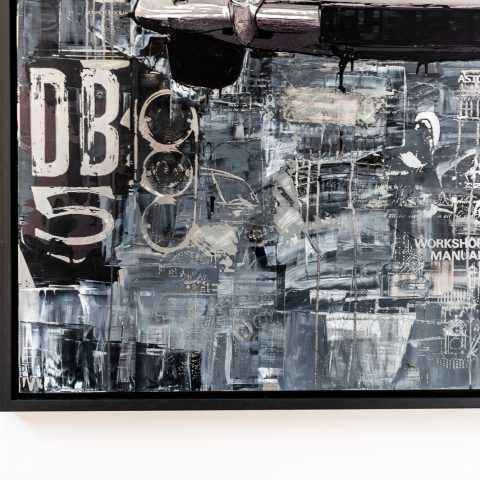 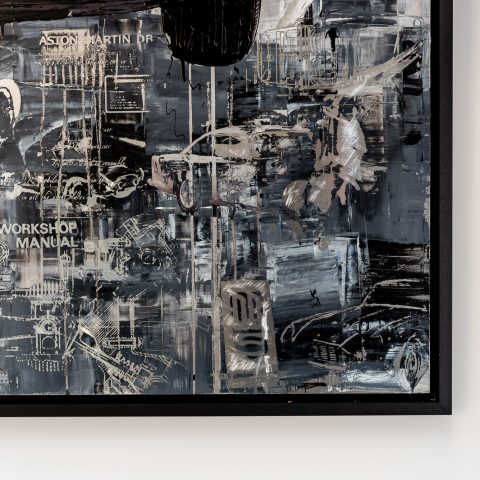 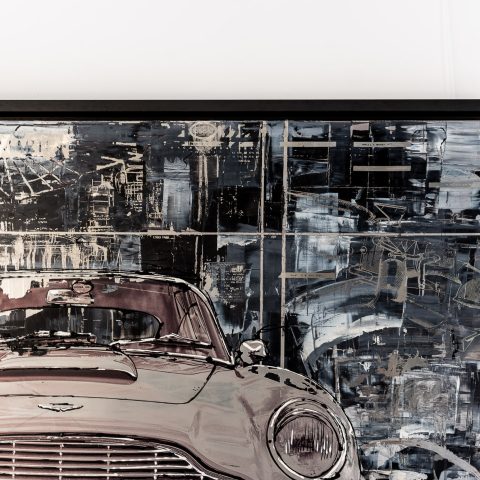 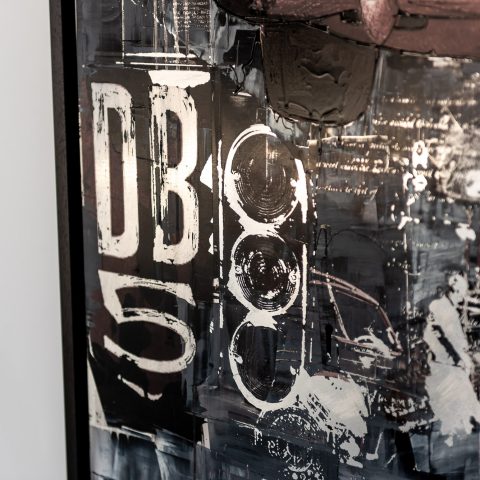 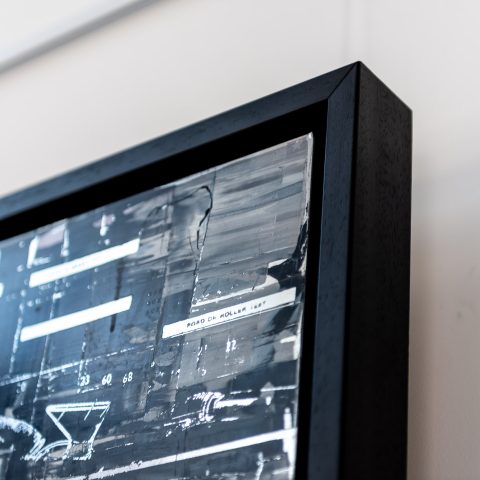 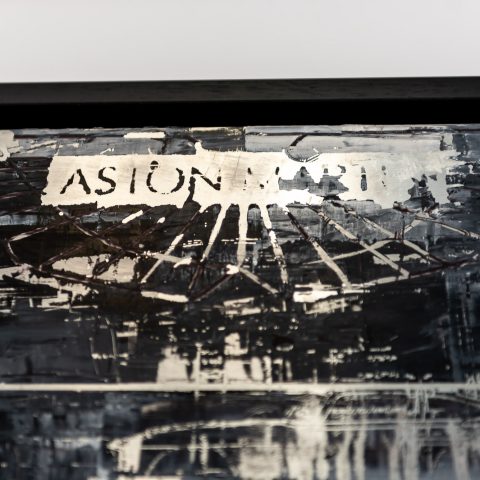 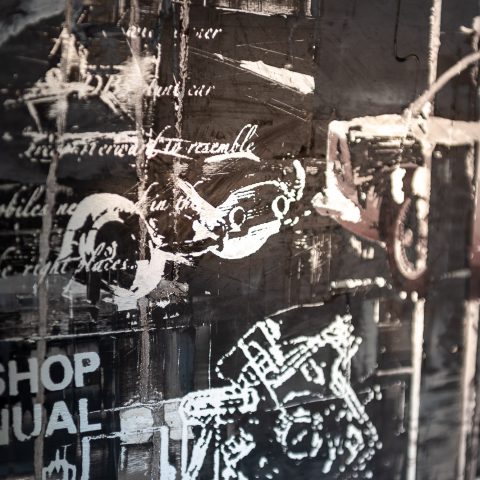 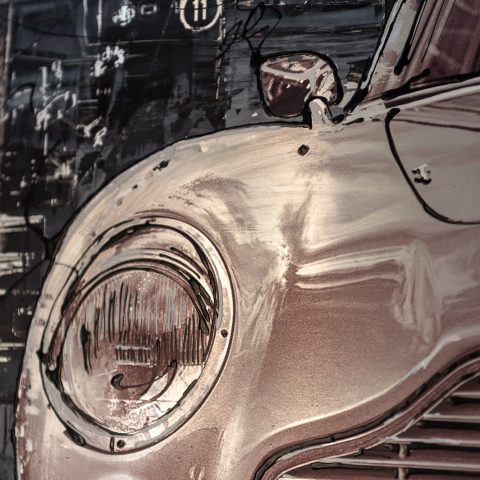 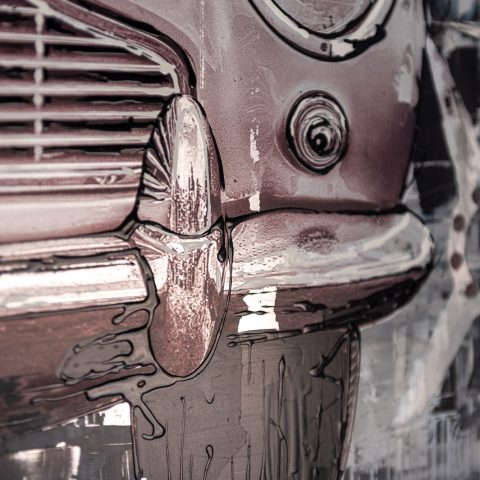 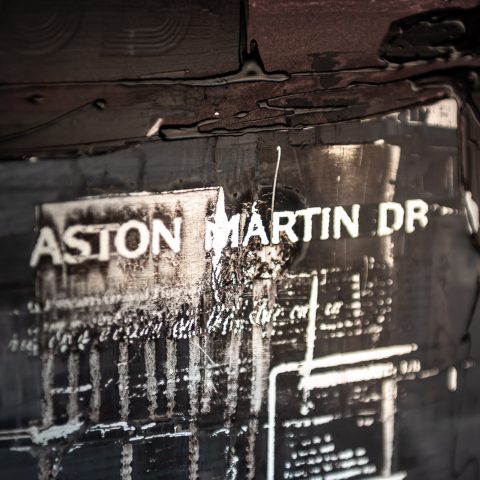 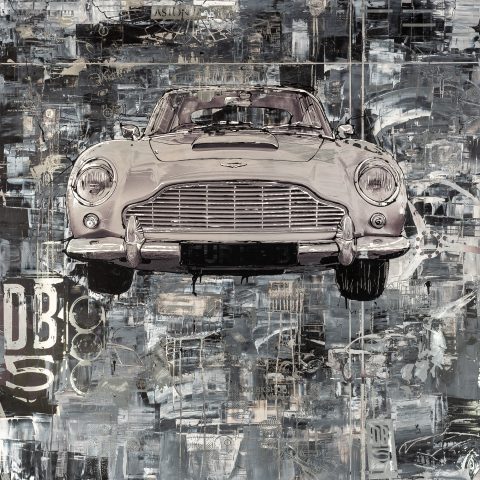 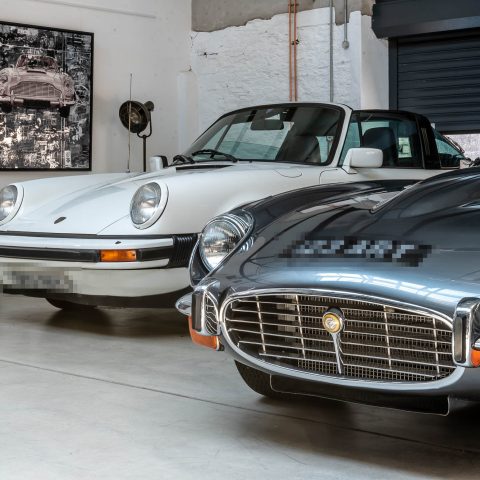 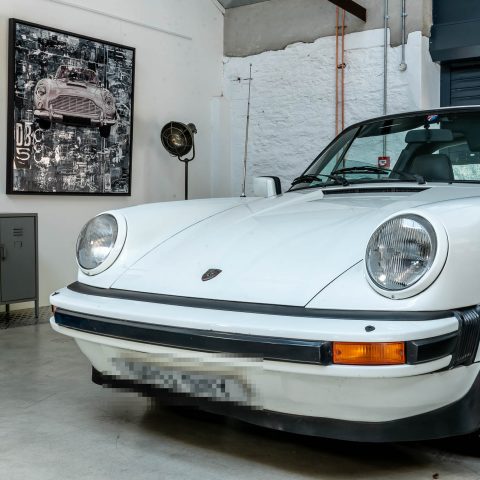 You might also enjoy these other Motorsport paintings from Paul's 365 Project. This was a year-long journey exploring a different range of mediums & working at sizes often smaller, than with his studio pieces. In many cases these formed the studies behind the larger studio works.

View all Motorsport paintings in the Paul Kenton / 365 project

Learn out about financing “DB5” with 0% Interest free credit

"DB5" is part of the following Collection(s):

The finest cars and motors are presented in all their glory in these motorsports and classic car original paintings. A passionate motor enthusiast, Paul created his Motorsports Collection to celebrate the halcyon days of glamourous British and International motor racing. The thrill, speed and roaring sound of the race tracks is brought to life on tactile aluminium sheets through collage, paint and resin.