“Light Up The Dark” 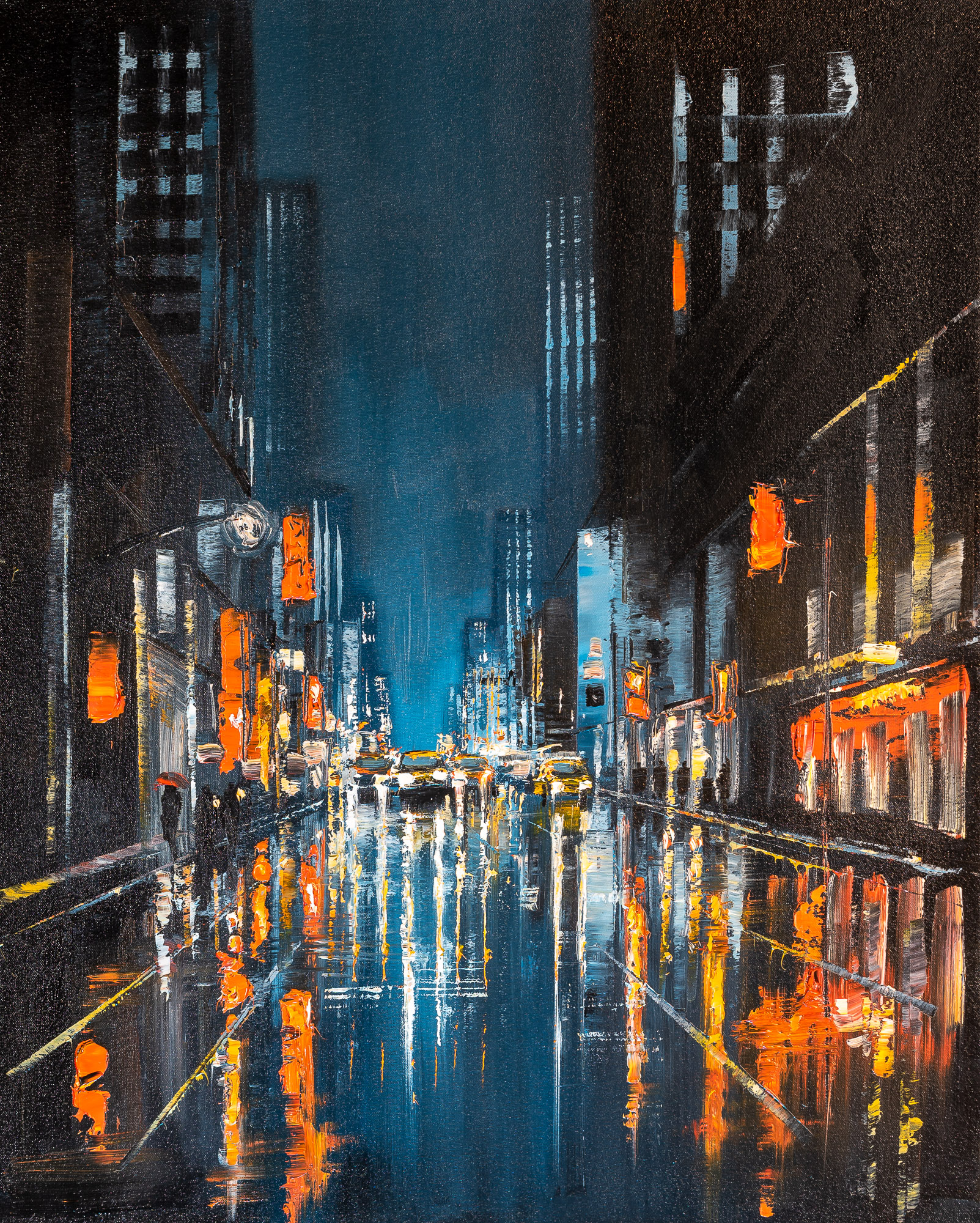 Light Up The Dark

The light of the city illuminates the sky softly, as taxis make their way through the animated streets of New York below. Textural dabs of orange light flicker on the glistening surfaces of the city after rainfall, and glow against the blue of the night sky. 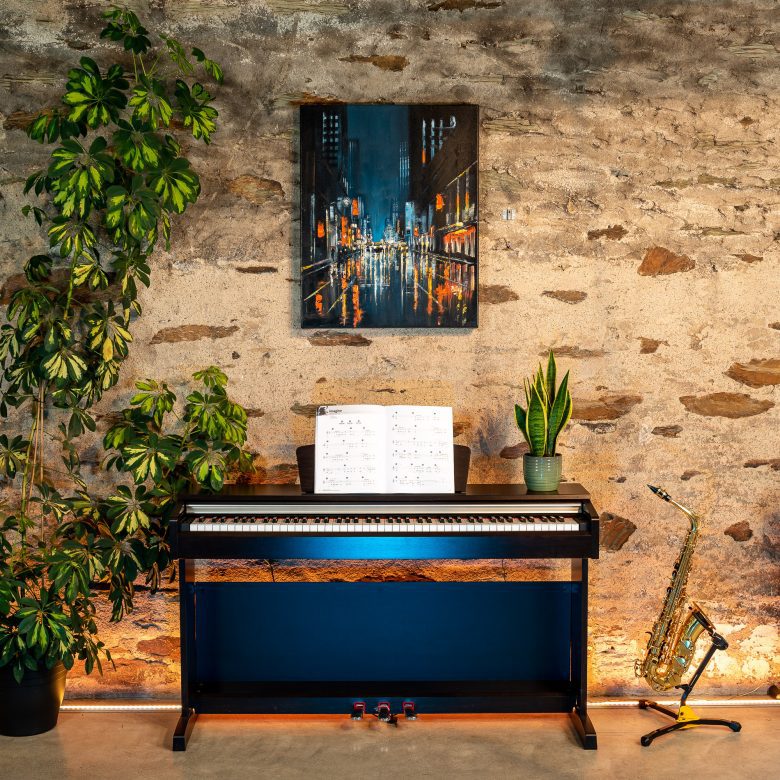 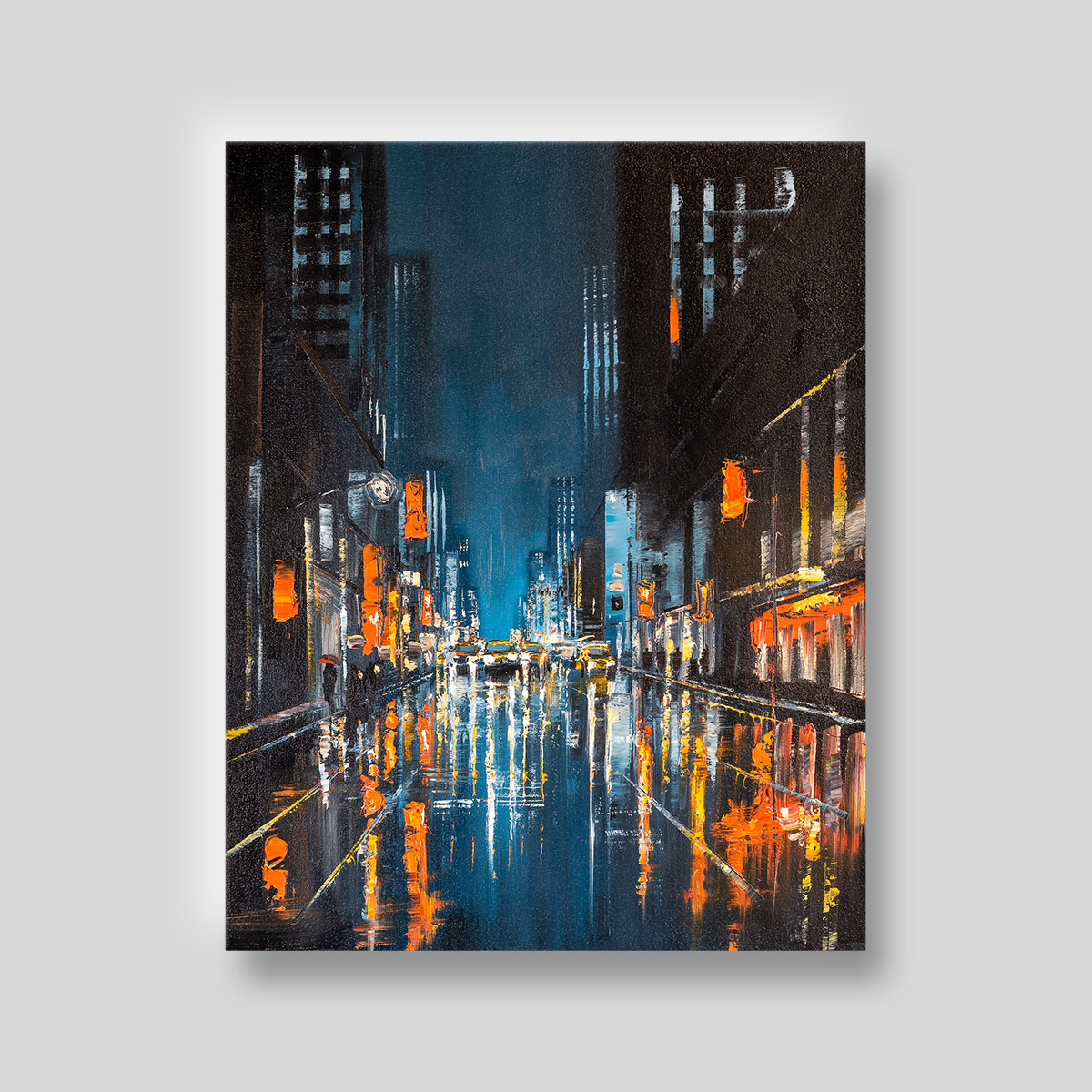 Light Up The Dark 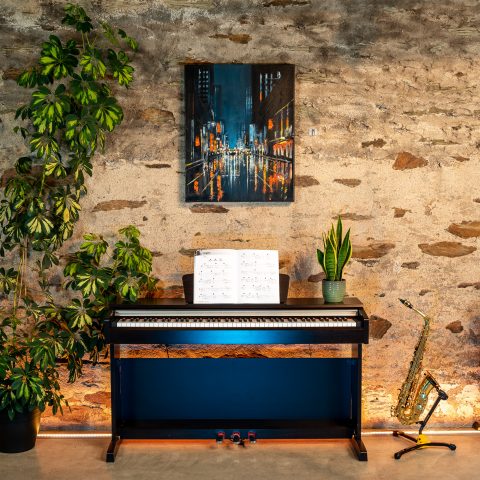 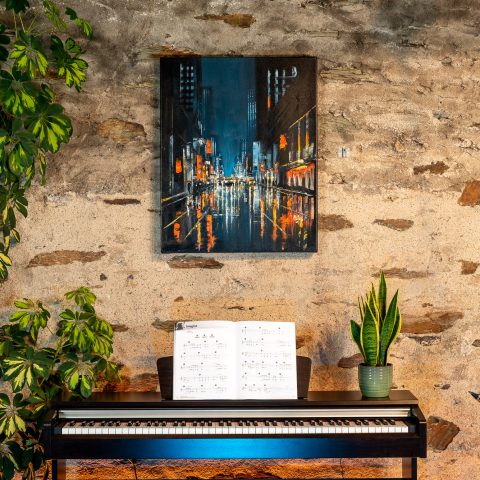 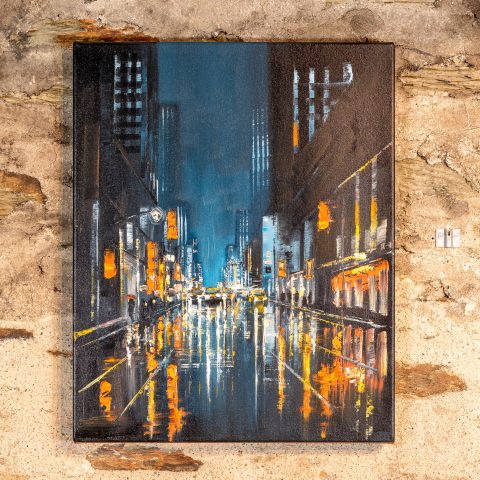 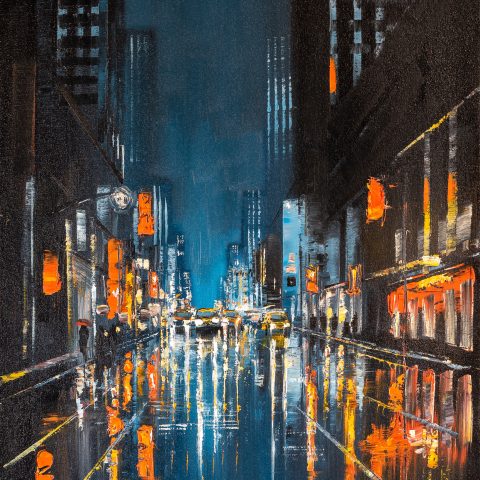 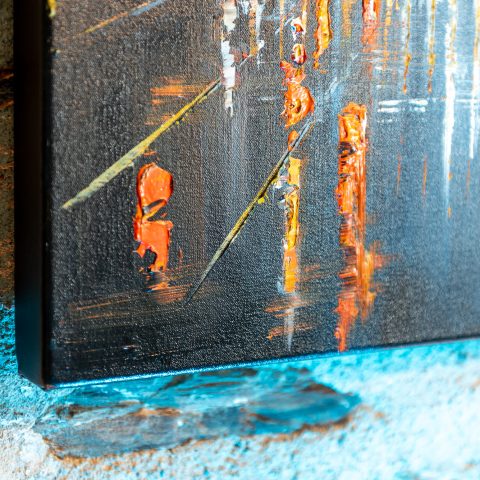 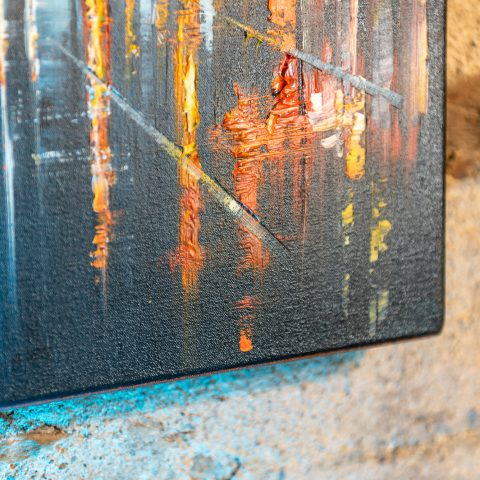 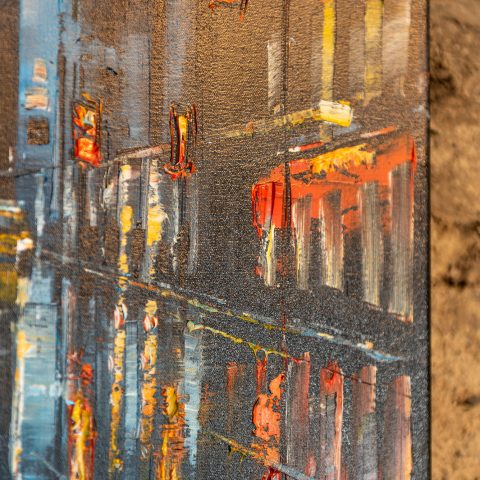 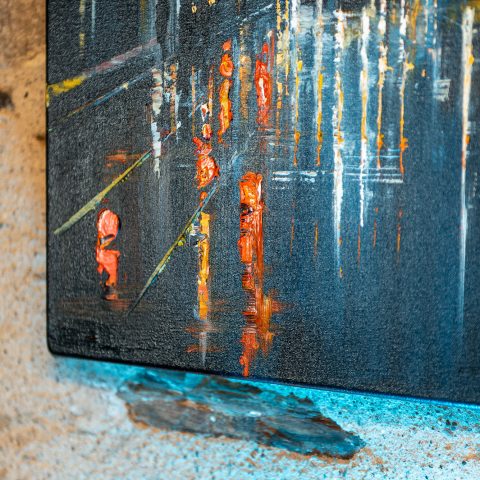 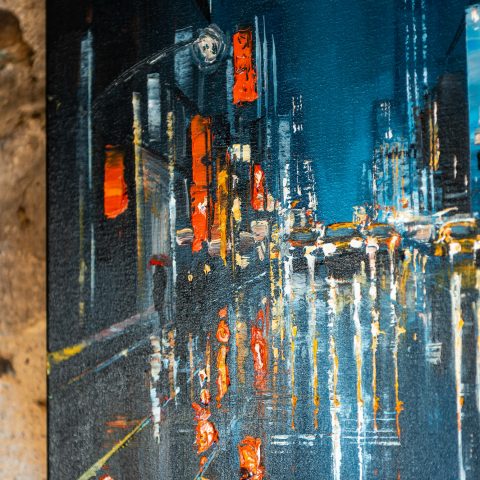 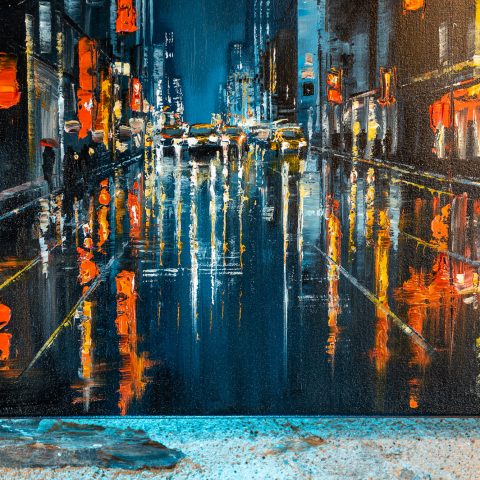 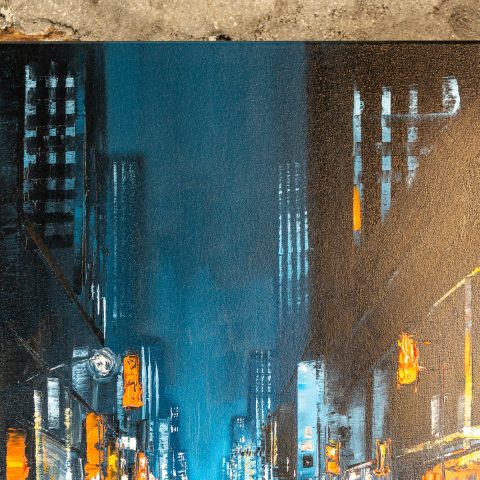 You might also enjoy these other New York paintings from Paul's 365 Project. This was a year-long journey exploring a different range of mediums & working at sizes often smaller, than with his studio pieces. In many cases these formed the studies behind the larger studio works.

View all New York paintings in the Paul Kenton / 365 project 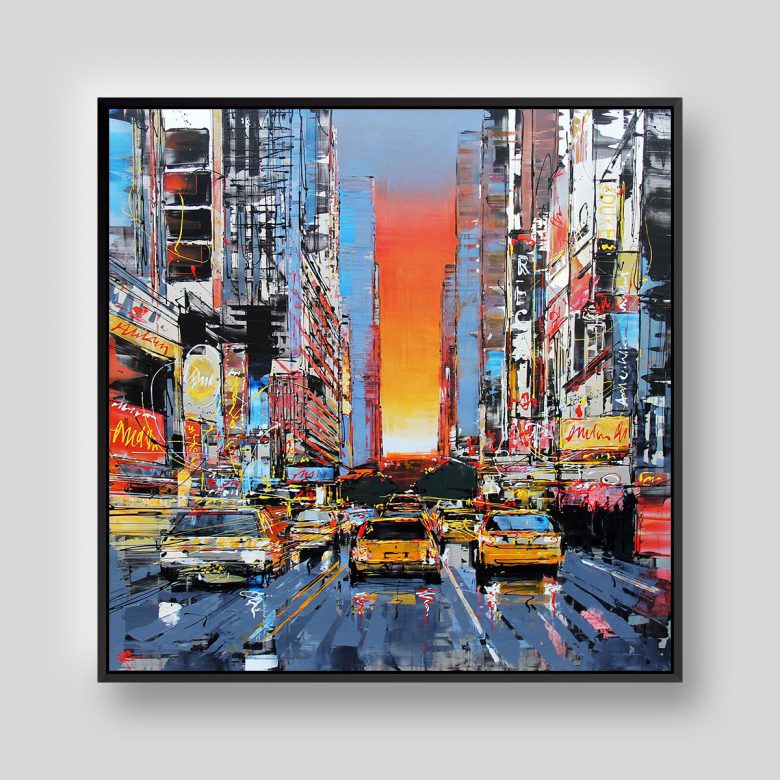 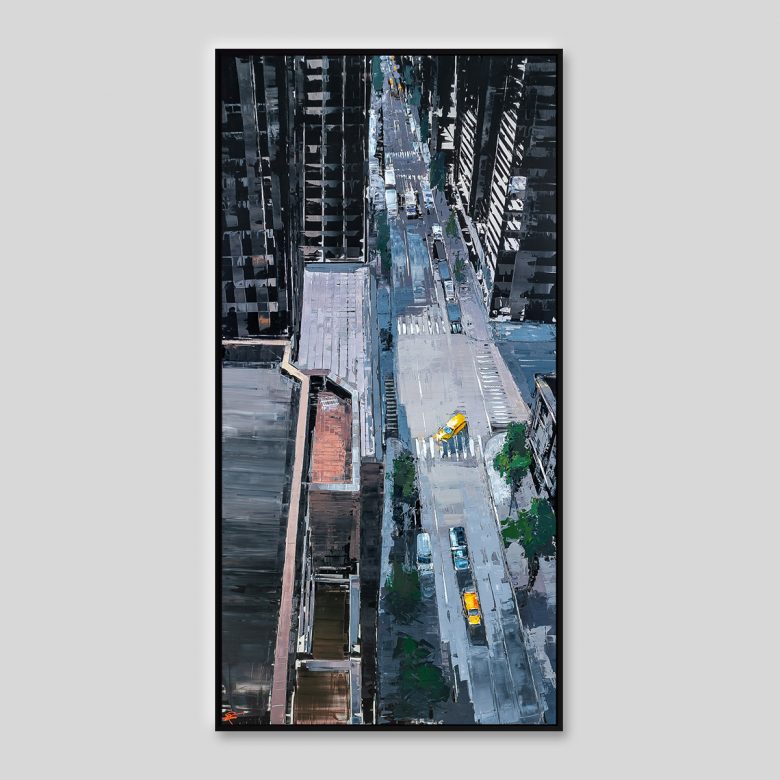 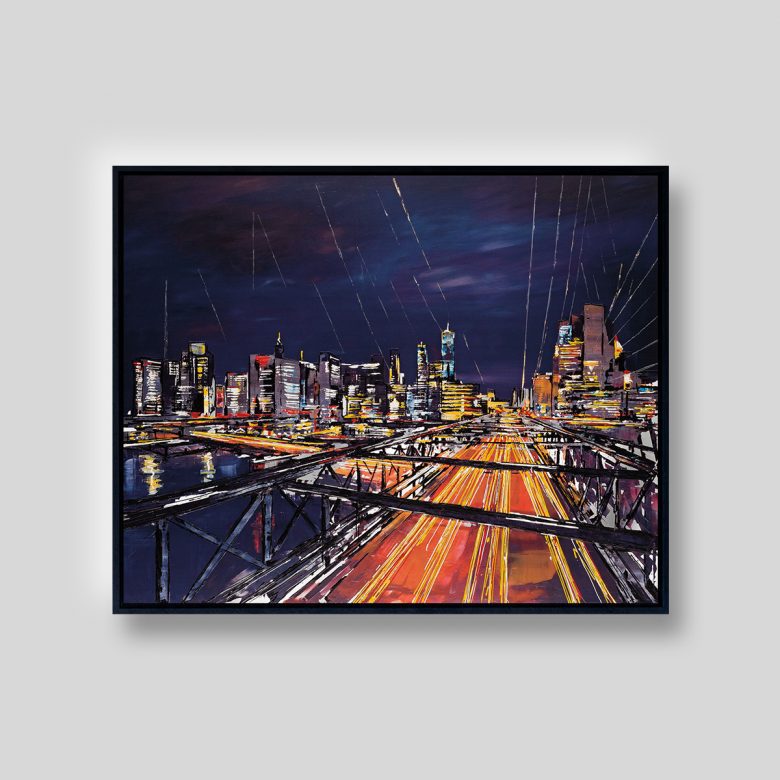 "Light Up The Dark" is part of the following Collection(s):

A frequent visitor to the New York streets, Paul is passionate about absorbing and drawing inspiration from this most dynamic of cities, hence reflected in this collection of original paintings and prints. Possibly the most immediately identifiable skyline in the world, the Manhattan cityscape is utterly enthralling. Whilst there are many easily recognisable skyscrapers in the skyline, walking the streets also feels intimately familiar, as the sights and sounds of timeless photographs, movies and tv shows surround you. Paul strives to bring this energy and intimacy into each of his New York cityscape paintings.

Whilst Paul is primarily known for his cityscape art of London, Paris and New York, his love of painting varied urban landscapes and skylines extends to all of the incredible cities the world has to offer. Inspired by his travels to some of the most beautiful and unique cities in the world, the Urban Landscapes Collection captures iconic scenes of city culture and life from locations such as Venice, Amsterdam and San Francisco, to name a few.