Paul was born in Derby in the late sixties, but his family relocated to North Devon when he was eight years old, a move which looking back was pivotal in Paul’s development as an artist.

Paul showed an interest in painting from an early age; while others wanted to be doctors or pilots he clearly remembers telling a teacher that he wanted to be an artist. This was cemented when, at the tender age of twelve, he won a national colouring competition – winning a prized set of paints. It was also around this time Paul began his life long fascination with the sea and surfing. He continued to draw and paint all through school painting in watercolour and focused on capturing the many moods of the North Devon Coast. 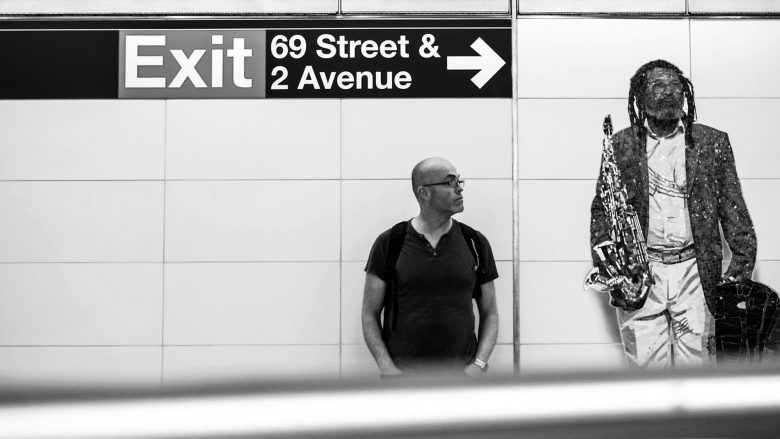 I love finding the balance between old and new, traditional and modern, in my work

on the book "Metallique II"

“It’s not the location that entices my eye, per se, but the way the light reacts on a whole spectrum of surfaces. That is the city to me.” - Paul Kenton

Pauls painting style has evolved into a free flowing fusion of various media, choosing not to stick to the constraints of any one medium, simply picking what he feels would communicate the ideas he has for a piece best.

Paul’s paintings have continued to evolve and Paul has become one of Britain’s most successful and sought after artists. Paul is currently exhibiting throughout the UK in over thirty prestigious galleries, and has followers and collectors all over the world. In 2012 he was commissioned to paint three large pieces for the 2012 London Olympic games, the paintings were to capture the mood and excitement of London and the Olympic park during the games, and were hung in the Olympic park for the games. Paul was one of the contributing artists for ‘The Big Egg Hunt 2012’ which was one of the largest and most interactive public art displays London has ever seen. 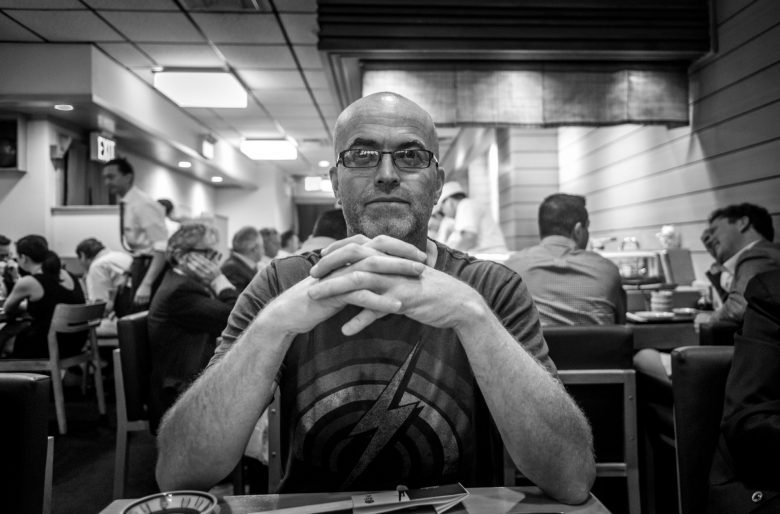 Whilst primarily known for his London, New York and Paris cityscape art, Paul paints across a range of genres. You can view original paintings from all his collections below. 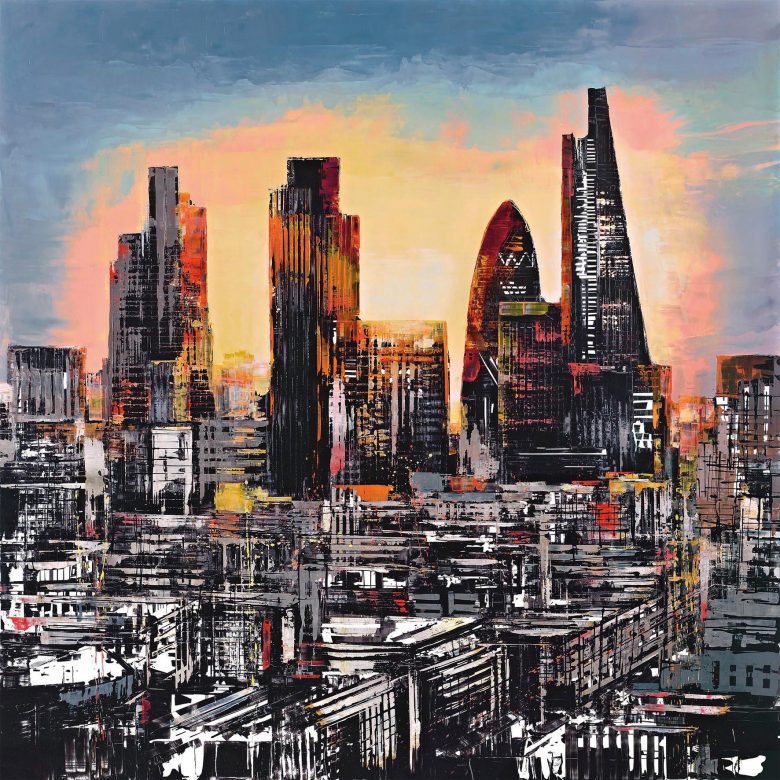 This collection of dynamic cityscapes and abstracts of the UK capital reflects Paul’s love of London’s urban landscape and skyline, one of the most recognisable in the world. 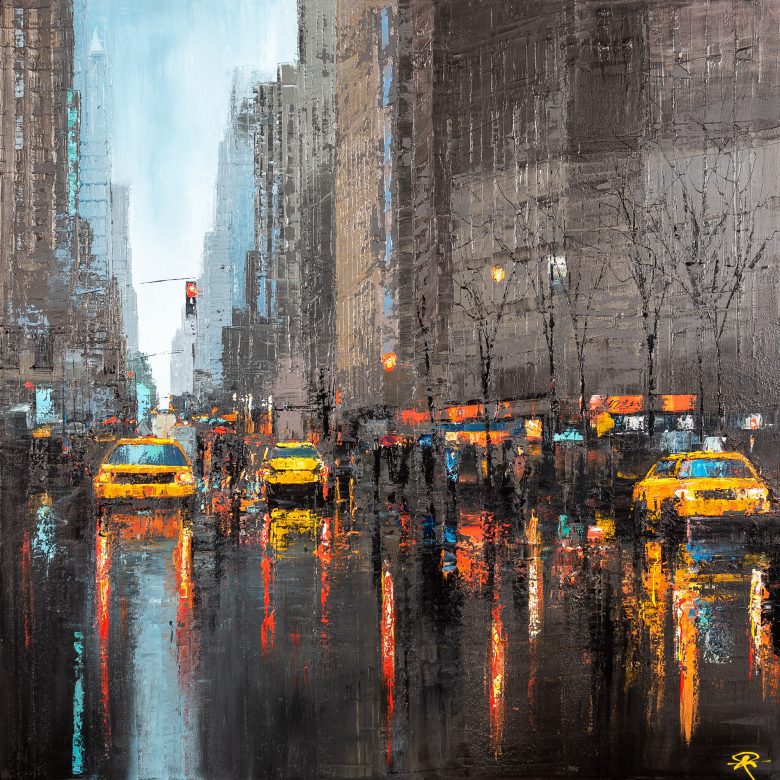 A frequent visitor to the New York streets, Paul is passionate about absorbing and drawing inspiration from this most dynamic of cities, hence reflected in this collection of original paintings and prints. 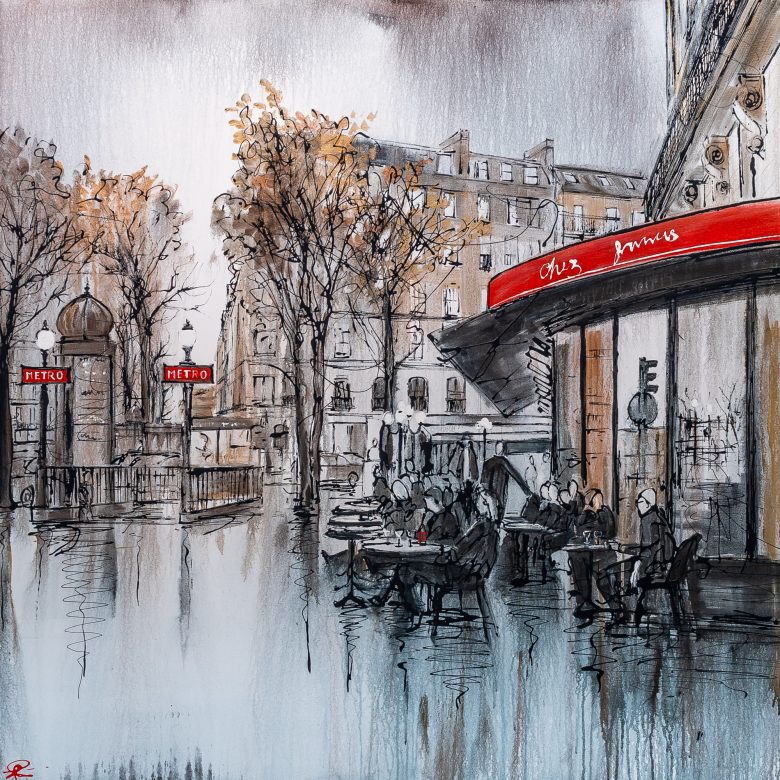 Paul finds endless inspiration in Paris, with cosy cafés at every corner, grand streets, and beautiful metro stations; not to mention the rich history of art and culture. These original paintings and prints capture Paris’ charming café scenes, street scenes and cityscape. 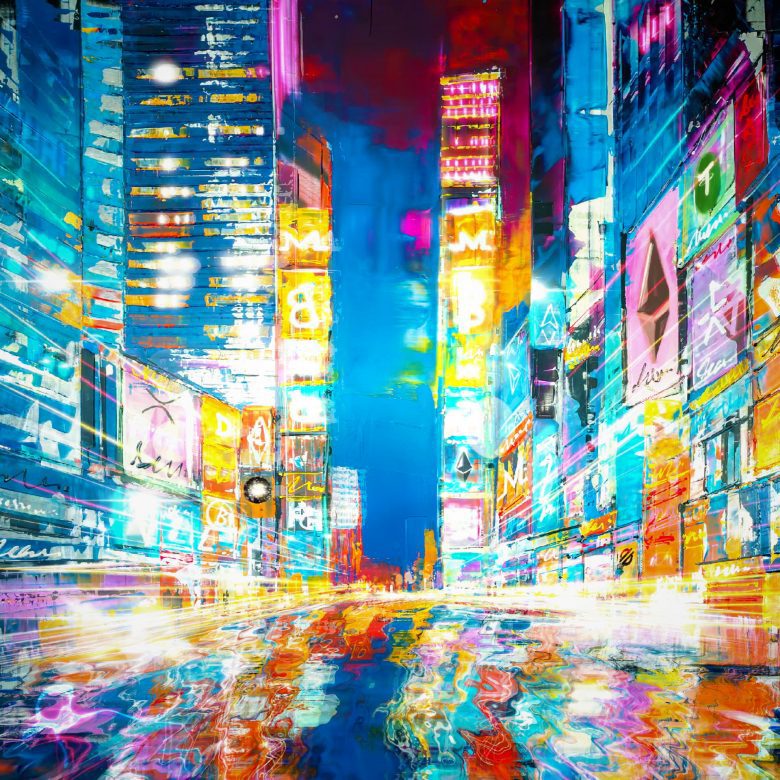 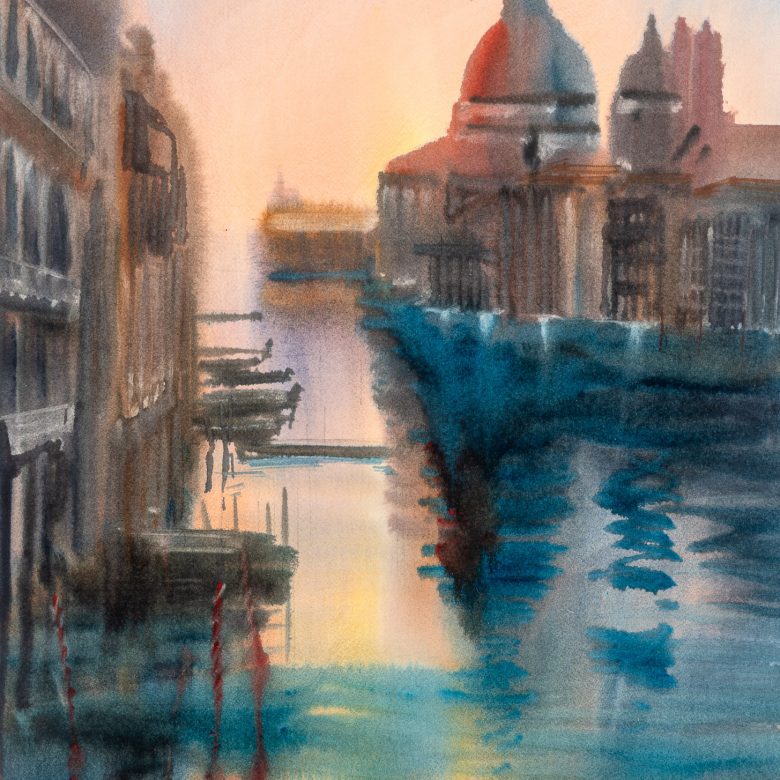 Whilst Paul is primarily known for his cityscape art of London, Paris and New York, his love of painting varied urban landscapes and skylines extends to all of the incredible cities the world has to offer. 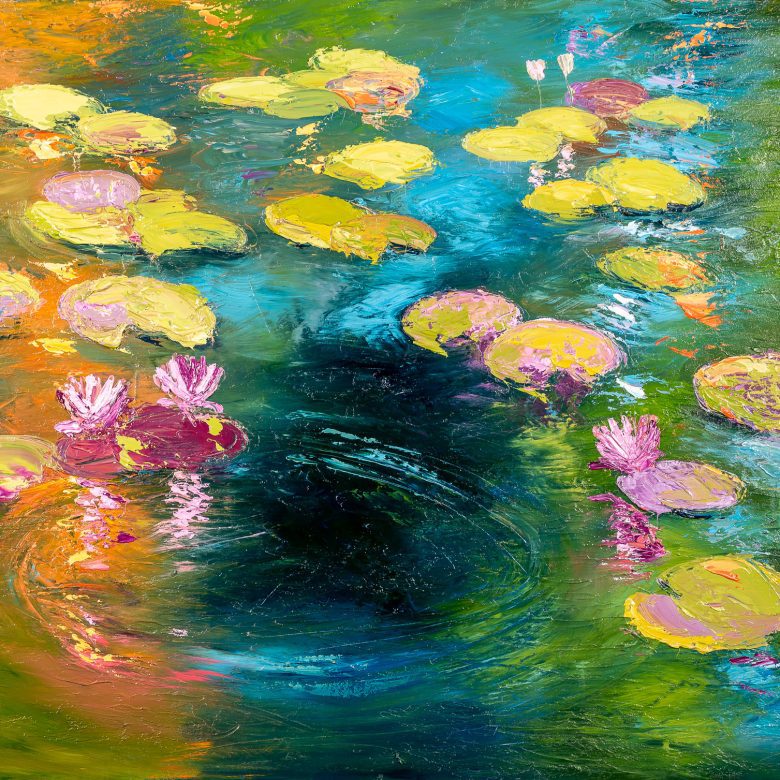 The Landscape Collection portrays the ever-changing light, colour and emotion of nature. Like impressionist painters before him such as Monet, Paul's landscape paintings are painted with visible thick strokes and vibrant colour to create the illusion of the landscape and environment being in constant motion. 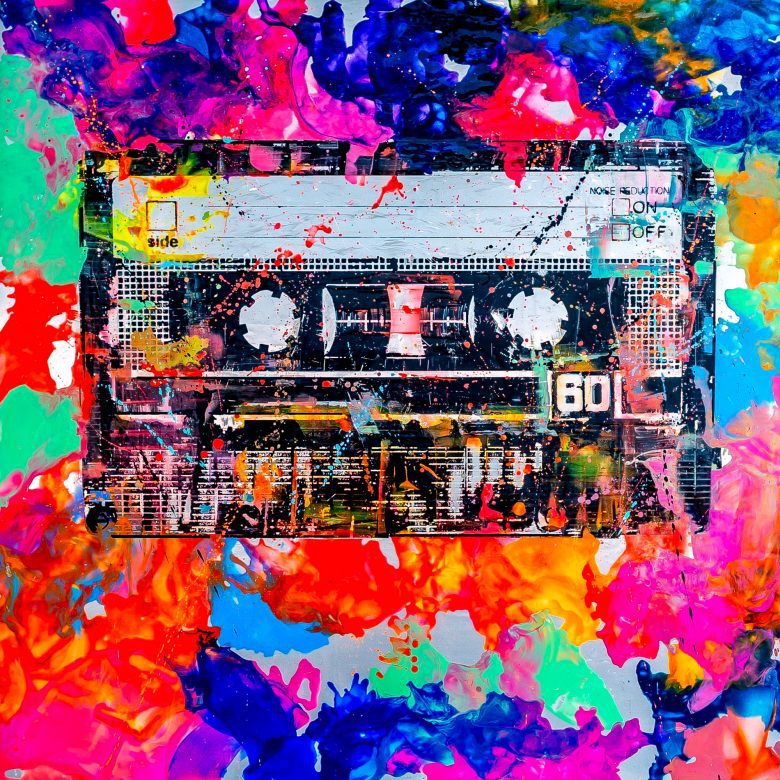 Each piece in the collection takes a classic 80s symbol as their focal point, layering them with bold painted abstraction. 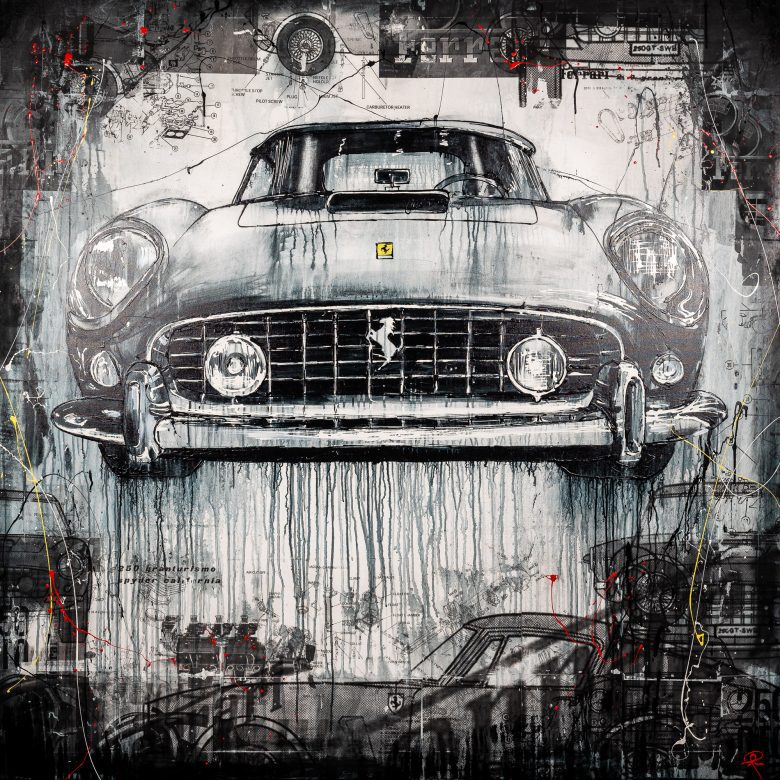 The finest cars and motors are presented in all their glory in these motorsports and classic car original paintings. A passionate motor enthusiast, Paul created his Motorsports Collection to celebrate the halcyon days of glamourous British and International motor racing. 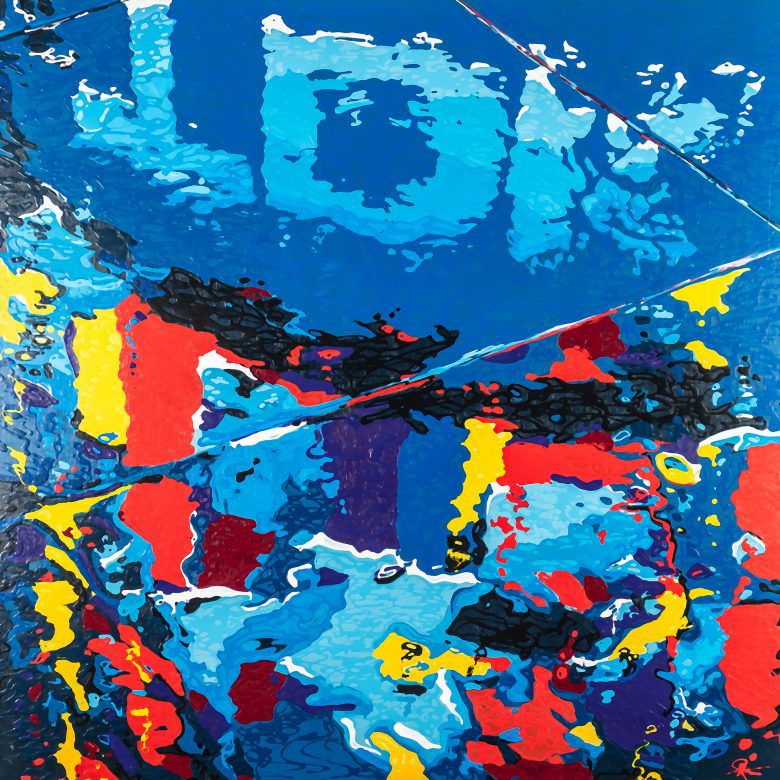 Paul creates this striking collection of large-scale contemporary abstract paintings with bold gestural marks and vivid colour to achieve an illusion of depth, vigorous motion, and to ultimately express feeling. 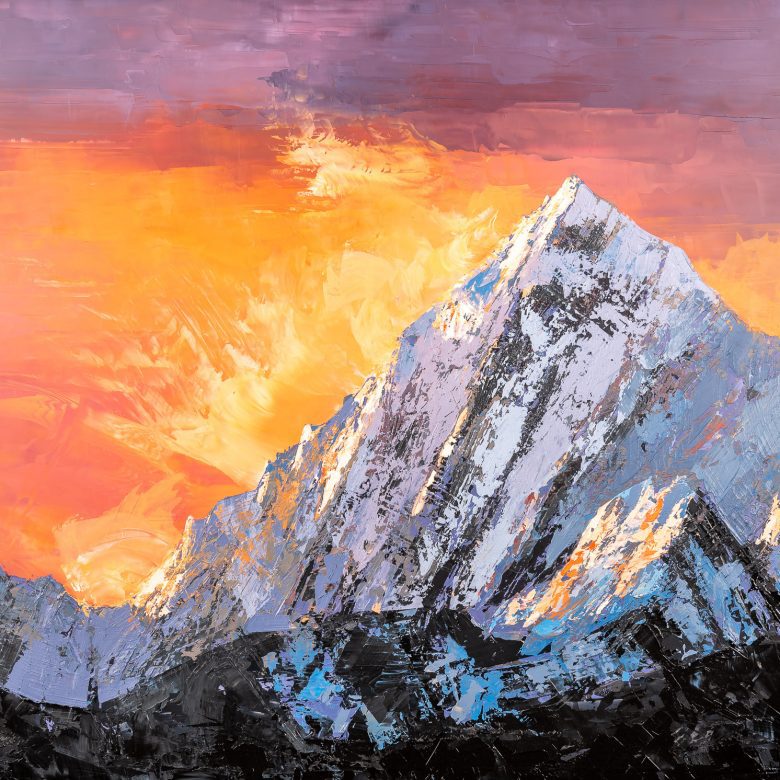 A collection of dynamic seascapes and mountainscapes, reflecting Paul’s love of surfing & the ocean, as well as his appreciation of the majesty of mountain skylines. 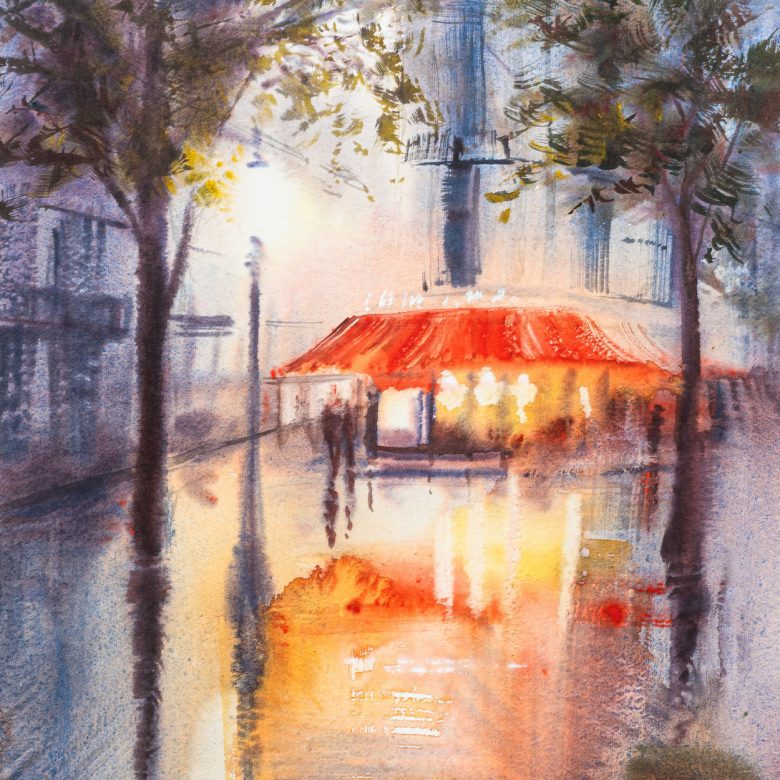 Through fine layers of watercolour in combination with rich black ink, this new collection captures the powerful depth, unique atmosphere and mesmerising light of cities such as New York, Paris and Venice.